Looking for a new fish finder? The PiranhaMax series has some most popular devices in the Humminbird family. If you’re a recreational angler on a budget, this might be one of the best models for you.

Continue reading as we highlight the most important features and specifications.

The unit features a display that’s 4.3’’ in diagonal. It’s a bigger screen than what most models have. The manufacturer says it’s 20% bigger and has 70% more pixels than their previous models. The display size makes it easier to see objects and fish.

The 4 DI features Down Imaging as well as 2D sonar. Its maximum depth capability is 600 ft.

Like most Humminbird models, the PiranhaMAX 4 DI also comes with a transducer. It’s the XNT 9 DI T transducer with a transom mount.

It integrates water temperature and supports the featured 2D and Down Imaging.

The fact that it already comes with a transducer is a significant plus. This saves you a lot of time and effort of having to buy one separately.

When it comes to sonar, the Humminbird 4 DI has DualBeam and Down Imaging. The DualBeam (2D) is a traditional sonar that works with two frequencies of 455 kHz and 200 kHz. This is a standard feature among many of the best Humminbird fish finders.

The transducer uses conical sonar beams for these two frequencies. Beam angles in which it operates are 28 degrees for 200 kHz and 16 degrees for 455 kHz.

It doesn’t have the greatest coverage, but it can serve you well to scan the water for fish or different structure.

For Down Imaging, the device uses a broader beam of 75 degrees for 455 kHz. This isn’t a conical beam, but a thin one.

However, it’s important to note that it doesn’t have CHIRP sonar technology. Instead, it gives you a 2.5’’ target separation.

Its Down Imaging is quite useful for understating structure under water and distinguishing vegetation from fish.

This model offers somewhat similar sonar applications and functions as many other models. Structure ID+, Bottom View, Fish ID+ are just a few of them along with several alarms.

With a pixel matrix of 480V x 272H, the unit offers much more than most Humminbird models. The display is LED backlit, so you’ll have no trouble reading in direct sunlight or during nighttime.

The Piranhamax 4 DI comes with a tilt-swivel mount for the unit itself. A transom mount is included, too, for the transducer. Does it come with a manual?

It doesn’t, but don’t let that discourage you. The entire unit is quite easy to set up and install. Most customers reported they had no problems with installing or using its features even without the help of a manual.

Where can I buy this?

The Humminbird 4 DI is easy to find. Amazon could be the best options if you want to save yourself the effort of going to a store. If online shopping isn’t your thing, you can buy it at Walmart. Offering two types of sonar, this model isn’t as basic as it seems. It comes with a transducer that supports both frequencies.

With its maximum depth capability, you’ll be able to do some off-shore fishing, too. If you have a small boat or a kayak, this one is amongst the most suitable finders for you. It’s also easy to use and maintain.

Check out Amazon or your nearest Walmart for the Humminbird Piranhamax 4 DI if you want an affordable but quality fish finder. 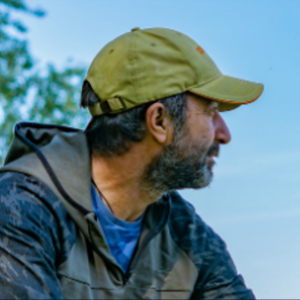 What are Conventional Reels and Are They Useful in Fishing?